[vc_row][vc_column][vc_column_text][vc_single_image image=”37427″ img_size=”full”][vc_column_text]Chinese visitors to the United Arab Emirates will now be granted visas on arrival, the Gulf state’s prime minister announced on Sunday, in a new bid to boost tourism.

China, the world’s second-largest economy, has a burgeoning and increasingly prosperous middle class that is travelling abroad in numbers greater than ever before.

“We have approved a decision to grant visas on arrival at the country’s airports to visitors from the Republic of China,” said Sheikh Mohammed bin Rashid al-Maktoum, who is also the ruler of Dubai.

“Our relations with China are strategic and a priority,” he added in remarks published on his official Twitter account.

Chinese tourists previously had to obtain visas before travelling to the UAE.

The UAE has invested billions of dollars over more than a decade to put itself on the map as a regional business and tourism hub.

Among the UAE’s seven emirates, Dubai is the most attractive for tourists.

In February, local media quoted Dubai Tourism chief Issam Kazim as saying that 450,000 Chinese visitors made the trip to the emirate in 2015, in a 29 percent increase over the previous year.

Apart from citizens of its five Gulf neighbors, nationals of 47 countries — most of them Westerners — can obtain a visa on arrival to the UAE.[/vc_column_text][vc_row_inner][vc_column_inner][vc_btn title=”Article Source” link=”url:http%3A%2F%2Fenglish.alarabiya.net%2Fen%2FNews%2Fasia%2F2016%2F09%2F04%2FUAE-eases-visas-for-Chinese-visitors-.html|||”][vc_column_text] 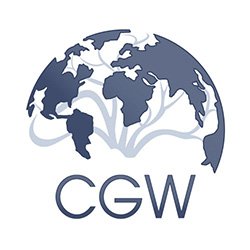 Before accessing this website, please confirm that you are :

By submitting your details you agree to be contacted via email/phone/SMS by Consult Group Worldwide . We do not share your details with third parties. View Privacy Policy.